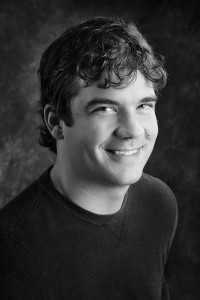 Chris Coen hit the stage  in 2007 on a dare and has been going strong ever since.  Audiences love his embarrassingly honest and personal style; no matter what background or point of view they have.  Club owners and bookers enjoy his versatility and constant stream of fresh and new material.  A former high school valedictorian, class president, and college athlete, he discovered his true passion and threw away any chance at normalcy by becoming a comedian.  His versatile humor includes a lot of poor decision-making, drunken arrests, miserable social interactions, and odd, edgy views on everyday topics.  Chris was voted “Funniest Person in Columbus” in 2008 by the Columbus Funny Bone, then followed that up by defeating ex-champions of the same competition to win the 2009 “Open Mike Talent Search – Champion’s Division” at the same club.  Add to that the competition title, “Funniest Person in Cincinnati, Semi-Pro – 2010” at Go Bananas comedy club.  Chris currently tours the Midwest and features for several comedy booking agencies, as well as appearing as a feature act at comedy clubs and rooms in 15 states.  He has appeared on “Live at the Funny Bone” on Fox TV and has been showcased on rooftopcomedy.com, plus doing time on countless radio shows including the “Ultimate Sinner” on Sirius/XM and in comedy festivals such as the Cincinnati Brew Ha Ha, the Columbus Comedy Festival and the Cleveland Comedy Festival.  He also authored the modern classic book, “Stuff to Read While You Shit.”  Dozens sold worldwide!  Great in small towns or big cities, Chris has performed everywhere a mike has been setup.